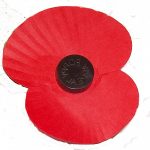 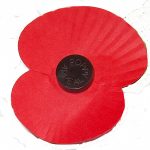 Major R (Ronnie) Baker MBE: Oliver, Major Baker’s son has advised, Ronnie Baker passed away on 12th January 2021. He had been in hospital in Portishead for five weeks, with a chest infection and heart failure – and  a dose of covid to boot – it was a struggle.  But – ‘Steady the Buffs’ – he was not going down without a fight. Ronnie served with 1 BUFFS/ QUEENS OWN BUFFS 1950-69 for 19 yrs,  incl Kenya (Mau Mau), Aden, BAOR, Singapore (ERE) etc.  Then later with UDR 1977-86 for 9 yrs.

He will be remembered with great respect and affection.

C.S.M. Harry Jephcott: Have just heard from John Jephcott that his brother Harry passed away in  RBL Maurice House, Broadstairs.

Harry joined The Buffs in Mid 1944 and served in Hong Kong, Korea with the Middlesex Regt, with The Buffs in Wuppertal, Aden  and finally with the TA in Margate and Sandwich.

Mr. Sydney Peck: Sydney, a Buff veteran of WW2 was captured and was a POW in Austria from where he escaped several times, sadly always recaptured but that did not stop him from tyring again and again. One of our regimental heroes.

Mr. Eddie West: Eddie was one of the last surviving members io the wartime 5th Bn The Buffs. He served in North Africa, and Italy. as a CQMS. Eddie passed away just a few weeks befre his 102nd birthday. A brave soldier and a gentleman through and through.

Major(Rtd)  E  (Ted) Parker. Ted passed away in the early hours of December 2nd 2020.  A professional soldier in every aspect, he served in The Buffs, Queen’s Own Buffs and Queen’s Regiment.

Walter (Wally) Bujakowski, (Buffs) ONE OF the world’s last surviving Auschwitz survivors has passed away at the age of 98. peacefully in the Mercy University Hospital in Cork on 11 October, after living for more than 40 years in the picturesque west Cork town of Drimoleague.

Priro to joining The Buffs, Wally a Polish national ,had endured years in the infamous Auschwitz concentration camp during World War II, Wally rarely spoke about his time in the camp where he was known only as prisoner 708.

Albert (Whippet) Wheeler (QORWK) one of the last survivors of the Caledonian Estate ambush, Malaya.